10% off PT Fees with this Flyer

Our latest flyer, going out in April 2013, in central Lancashire. 10% off fees with this flyer.
Sign up at http://pwrprices.weebly.com/sign-me-up.html

I recently issued a 10 day health plan to a client who has reached a plateau with his weight loss progress. He has seen improvements in his training intensity, strength and endurance, but fat loss has hit a block after an initial 14lb loss. It includes extra exercise, and regular portions of varied, wholesome ingredients.
The human body is a very clever piece of kit which has evolved to adapt and change according to the environment it encounters. From deciding to put on warm clothing in cold weather, to the body sweating under hot conditions, the body is constantly adapting towards optimum function.

This is the same when it comes to low calorie diets. In simple terms, under low calorie diet conditions, we will expect to lose bodyweight. However, when you do the math and realise that 1 pound of bodyfat contains 3000 calories, then realise that the (sedentary) human body burns about 1500 calories per day, and then that the body prefers to derive approximately 80% of daily calories from carbohydrates and glycogen, you can calculate approximately, that the body burns (20% of 1500 =) 300 calories per day, from fat. Under these conditions the body would take 10 days to burn 1lb of fat, purely because the muscles and brain prefer glycogen, and fat is chemically less accessible to burn as fuel.
The first thing to go when you start a low calorie diet, is muscle glycogen. These 'water-heavy' molecules are stored in the liver and muscles, and are used during normal metabolic process and physical exertion. The huge weight loss after a week eating rye-crispbread and cucumber is muscle glycogen. This happens to weigh heavy, so when we look at the scales on day 7, and see we've lost 7lb - Whoopie do - we can go on holiday and feast!
As I was saying, the body is clever. It has been evolving to survive for much longer than pancakes have been around.
After only 3 or 4 days of "fasting" or eating very little, the body balance system has already started a process of metabolic deceleration. As far as the body is concerned the environment has changed, and there is no food around. If it continues to burn calories at a terrific rate, the body will soon starve and problems will occur.
So the body adjusts by doing two things. The metabolism and general energy level is reduced - while this is happening we intuitively rest more and do less activity - and the fat storage system is alerted to retain more of what we eat, STRAIGHT ONTO OUR FAT STORES.
In the case of the pre-holiday, pre-wedding crash diet, the 8lb weight loss (mainly heavy glycogen) brings with it a low metabolism and a hyperdrive fat storage system. We then go on holiday, eat and drink for a week or more, and the body holds onto every molecule.
The resulting flimsy, thin muscles, low energy and an increasing layer of body fat, often where we least desire it, occurs every time we attempt a crash diet.
Fat loss takes time. 3000 calories per 1lb of fat. If you have 10lb of fat to lose, that's 30,000 calories. Burning only 300 cals fat a day under normal conditions, that's 100 days.
In short, low calorie dieting does not go the whole nine yards. It is an unhealthy way to live, and will sooner or later result in fat GAIN.
Tune in for the next instalment soon, or, if you're in and around Preston, Lancashire, book a consultation with Personal Trainer Paul and start your own journey to tone, optimum health, fitness and reduced FAT.
Posted by Paul at 12:19 No comments:

Working out your Goals

Book your free, no obligation, mini-consultation
When you hire your very own personal trainer from PWR Personal Training you are invited to state your 3 main targets/goals/aims/objectives.


Why are you hiring a personal trainer?

The list of reasons/goals is varied, although always along the lines of lack of confidence, lack of motivation, lack of knowledge, lack of time, and lack of enjoyment of exercise. Let's face it, if it hurts, which it does, what's fun about it?
During your thorough one-to-one consultation - included free of charge with any of our 10 or 20 workout package, your PWR personal trainer will spend as long as necessary listening to your fears, worries, concerns and barriers, of which there are usually many.

Once you and your trainer have digested your concerns, we will close in on 2 or 3 main goals. This might not include entering the next Great North Run at this stage, but perhaps something smaller and more in reach.
Your trainer and you will agree on a set of targets, and a specific time frame for each. A fortnight of gentle workouts to build confidence. The next fortnight we might try to step things up a little. At each stage we review and reset new goals according to how you feel you have progressed. Little targets. One step at a time. And always achieving. Always progressing.
Repeat this process for 8 or more weeks and before you know it, you're looking down at the scales that show you're a stone lighter. And, hey, you can jog for half an hour, no problem, and hey, you're wearing that little black dress again.
Your PWR trainer will be there every step of the way. Encouraging, reassuring, checking how you're doing.

We're here to listen to YOU. Just get in touch and book your free no obligation mini-consultation.
Posted by Paul at 09:22 No comments:

Hire a Personal Trainer, starts with a free chat!

When Jenny, of Leyland, Lancashire first arranged to meet a trainer from PWR Personal Training, she was terrified. She knew she had to do something about her level of fitness, and she knew she had some body fat to lose. Jenny did not like the gym, and had limited spare time outside of work and studying for a degree. Afraid of her own low fitness levels, and then by the terrifying threat of super intense workouts, Jenny was well out of her comfort zone and didn't believe anything could work.

After emailing the Preston based personal training experts, Jenny received a call from head trainer, Paul Richardson. He asked Jenny to describe her situation, and what she felt she needed. Self-conscious and low on confidence, Jenny answered the questions asked. Jenny described her needs, her current situation, and her dreams for how she would love to look and feel.
After Jenny had aired her concerns, Paul then suggested an initial, informal, no obligation meeting. Jenny agreed. During the meeting stage, still under no obligation, Paul described, in detail, how he would help Jenny to get control of her lifestyle. They agreed on an exercise programme that suited Jenny's ability and fitness level. Paul then invited Jenny to commence an 8 week plan, starting with a consultation, and further coached workouts, in Jenny's home and surrounding parks. Jenny started on series of workouts with Paul, involving home-based circuit style workouts, walking/jogging, and a sensible eating plan that suited her tastes.

10 weeks later, Jenny had lost 20lb in bodyweight. Jenny was stronger, a lot trimmer, and had more energy. Jenny's diet was under control, and logical to follow without much extra effort. Jenny had learned the toxic foods to avoid, and the nourishing foods to increase and include. Jenny's confidence had soared, as had her choice of clothes!
From nervous beginnings, the no pressure and bespoke tailoring of the PWR Personal Trainers makes them a virtual guarantee of fitness and health results for its clients. It just takes one email to unlock the future you.
Check out our Website   Email Paul to set up YOUR free chat
Posted by Paul at 14:02 3 comments:

Well done to Louise who has reached her Easter weight loss target of 14lb. 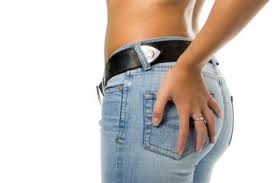 This has been achieved through determination and hard work on the part of our fantastic client. She has combined her efforts with raising her baby daughter and returning to full time work. Some effort! Some dedication!
We're aiming for another 14lb in the next 6-8 weeks.
Well done Louise.