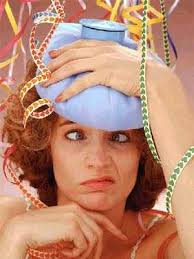 Caffeine acts by causing an adrenalin shot into your blood stream. This in turn causes a release of sugar into the blood stream. This "wakes you up". A short while later, this effect wears off. The adrenalin is processed, the sugar is shunted out of the bloodstream, some into the muscles and some into the fat cells.
The body and brain then suffers a crash of energy. This causes dramatic compulsions to have more caffeine or to eat sugary foods. The compulsion is so strong that we succumb. Often, in our world, the nearest option is a caffeine drink or a sweet snack. A while later, the effects wear off, which sparks off our hunger for more caffeine or sugar. A cycle develops that taps into the sugar craving brain tissues and the energy seeking body and mind.
Caffeine is addictive which means that, amongst other things, we can't do without it. Tell a regular coffee or tea drinker to give it up, and they will look at you in horror and say "I can't get through the day without it." An alcoholic says exactly the same thing. Caffeine is responsible for high blood pressure, bodyweight gain (not weight loss as advertised by brands) and for dehydration of the body and the problems linked with that. Despite its energising properties, caffeine reduces the body's natural source of energy, and caffeine addiction has a large number of effects. Google it. Its out there.
Caffeine causes acute single mindedness and prevents clear thought, just as adrenalin does. Most importantly, when it comes to sleep, the human's most powerful and important regenerative process for mind and body, caffeine prevents it. The caffeine trap sees people drink caffeine before bed, and first thing in the morning. People are riding a wave of exhaustion, and the body gradually weakens. The addiction is firmly in place. Caffeine is a diuretic, which means it makes you pee. This leads, actually, to dehydration and leaching of minerals and vitamins. Vitamins not replaced in the next caffeine hit.
When a person who avoids caffeine drinks some, he or she will find sleeping properly hugely difficult for the next 6-8 hours. The next morning, they feel tired. This can escalate into serious symptoms of fatigue - sometimes chronic - if unchecked.
Posted by Paul at 11:23

You can use an herb grinder or a simply coffee grinder to do the job.
You can easily shop around the Internet and while doing so you
can look for reviews on the various models you may be
considering. When this has dried, lay twigs across the top and glue them to the frame.

This is the least expensive of whole house humidifiers to buy.
Remember if you have children or pets they may try to play in, or drink from, the water bowl.

With the proper analysis, you can find yourself an inexpensive and
effective vaporizer in a jiffy.

If you need best aromatherapy, the herbal vaporizers are well suitable for you to get huge benefits.
It fits right in your palm just like your mobile
phone. Stay Trendy at the Same Time Simple with Iolite Vaporizer.

Hi admin,
I read your blog, its really awesome,
Today you can buy everything on the internet, may it be a box of matches or a modern fighter jet. Everything is for sale. Only 15 years ago it seemed that something like this would be possible in the far future.
see more details: vape shop near me